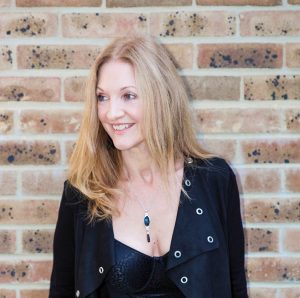 Fiction writing is a funny pastime. You invent a load of imaginary friends, living pretend lives in made up circumstances. That alone is counter intuitive because all our lives we’re told to TELL THE TRUTH. “Did you break your brother’s toy, hmm? Mummy won’t be cross, because it’s more important to be honest”, is a lesson that stays with most of us for life (politicians, actors and psychopaths notwithstanding).

Then one day, you start writing a novel, and this comes with a different kind of truth. The truth of integrity and authenticity; realism = good, phoniness = bad, and readers can smell the difference a mile away.

Not surprising then that when it comes to writing fiction, most authors’ main characters are shot-through with a big dollop of themselves. Seeking Eden, my debut novel published by Urbane, was told from the viewpoint of four different characters and there’s a part of me in all of them– not least the two men.  In the case of Seeking Eden, I genuinely liked all my characters, even bad-boy Ben Wilde, because despite his ego being the size of Pluto, there’s an honesty and a sweetness that appeals. He’s sexy too – and without wanting to give too much away, love makes him a better person by the end of the book.

In the sequel, Eden Interrupted, I am facing a fresh challenge. In true sequel-style, the familiar meets the brand new, with old characters rubbing up against new, and this time there’s a snake in paradise; someone not wired like the rest of us whom we recognise as a villain at an early stage.

In movies, TV soaps and dramas, we love to hate the baddie; in literature too – who could fail to be transfixed by Amy in Gillian Flynn’s Gone Girl? Personally, I was mesmerised by her every ghastly move.

As for the creation of someone utterly unlikeable…well it’s a new one on me. I’m currently at the editing and fine-tuning stage (I hope – my publisher may tell me otherwise!) and I am being careful not to make him into a pantomime villain, because I, and more importantly, future readers still need to connect with him and understand why he is as he is and does what he does – which is not to excuse some of his chilling and wholly unpalatable actions.

So there’s no ‘No Likey, No Writey’ for me – it’s more a case of ‘Nasty Man, Reveal Yourself’.

Seeking Eden is available now on Amazon, Book Etc and in many bookshops. The sequel, Eden Interrupted is due for publication in Spring 2019 by Urbane Publications.