Simon Wan’s Love and a Dozen Roast Potatoes is an autobiography with a fresh take.  Dates, names and places are unimportant; instead the author takes an acerbic yomp (or more of a techno-twitch) through the decades, luxuriating in the 90s and their deeply shallow proclivities.

It’s the story of a quest for true love in a wilderness of wannabes. In a landscape of chemically induced raving and hedonism, the author captures the zeitgeist perfectly (as least that’s how I remember it).  The writing style is accomplished and rhythmic, in itself giving a nod to the dance music of the era – and certainly the mood and vernacular.

Brutally honest, Simon Wan toys with our emotions, making us laugh out loud one minute, before choking us with moments of pure pathos and utter disappointment the next.

The novel’s title references Simon Wan’s modest desire to take home the perfect woman for a family Christmas – to enjoy his mum’s flawless roast potatoes – with hilarious and sometimes baffling results.  As the saying goes, you couldn’t make it up.

Nick Hornby fans will lap up this clever book.

It’s a fun game (go on, admit it) and one I am no stranger to. Oddly enough, Seeking Eden is already a fully cast three-part drama on ITV, complete with amusing Sainsbury’s idents at ten minute intervals – at least it is in my head. 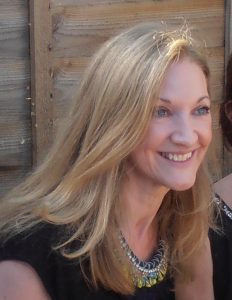 After the credits have rolled (my name all over them like a rash, natch) we open with tracking shots through a car window, of a large new-build housing estate – of the kind that have mushroomed all over the country in the last ten to twenty years.  We see neat suburban homes, with trimmed hedges, freshly painted front doors, and shiny new cars – many of them 4x4s – parked in immaculate driveways.  A background cast of apple-cheeked children on bikes and scooters, and well-dressed adults leaving for work, all adds up to a tableau of suburban prosperity.

The location is easy to imagine; it’s a scene that hundreds of thousands of Brits wake up to every day.  But what about the characters? Who would play Kate Farleigh – recently married, but restless and lonely? Or self-styled rock star Ben Wilde, amusing and sexy, but with opinions he just can’t keep in, and an ego the size of a small planet?  And who would play divorcee Lisa Dixon, determined to leave her WAG image behind…if only others would let her?  Or workaholic Martin Bevan – trapped in a dutiful marriage with a family-sized midlife crisis that is spiralling out of control.

I’ve thought about this a lot (though never let it be said that I have too much time on my hands) and this is what I’ve come up with.

Keely Hawes (The Missing) would make a stellar Kate – but would need to be aged-up a few years. Stand-up comedian and Jonathan Creek star Alan Davies would make a brilliant Ben; Holby City’s gorgeous Tina Hobley is a no-brainer for lubricious Lisa – and Martin…?  Well, that’s where I’m stumped.  I can’t think of a British actor with a playing age of 50-55, who would do super-straight Martin justice.  He’d need to look the part of course; trim from racquet sports, short haired and clean cut, but wild eyed and angst ridden.  He’d need to be an accomplished actor, too – because Martin is a complex character; an everyman on one level, but with unique and quirky personality traits that make him dangerous to know.

Hmm, more thought required; so who would you nominate for the role of Martin?  Suggestions below please…

RT @jenniewriter: Last chance to pre-order A Riviera Retreat ready to land on your kindle at midnight tonight. Give yourself a winter treat…
h J R
@BevHarvey_