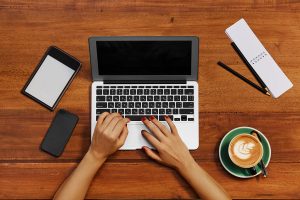 Please forgive me, but I’d like to take a few minutes out. Away from the COVID 19 apocalypse we’re all living through and share a secret I’ve been hugging for weeks.

People who follow my blog may have seen a post on January 2nd about second chances. In it, I had voiced my wish for a second chance at being a writer. A month ago, that wish came true when the powerhouse that is UK digital publisher, Bookouture, offered me a two-book contract.

During 2019 I wrote my third book, but significantly, my first thriller. It was a completely different experience to writing the Eden Books – not to mention a steep learning curve.

This time I’d written something diligently plotted, full of twists and turns, rather than a character-led novel like the two I’d already published. It was exciting, frustrating, baffling… and yes, I almost threw in the towel at about the halfway mark. But I finished it and in January, I began the dreaded querying phase; the process of emailing publishers, begging them to read my book.

Fellow writers will empathise with just how exposing – and often withering – this experience is. However needs must, so aiming high, I contacted Bookouture with my manuscript straight after the Christmas holidays.

Imagine my surprise and delight then when I heard from one of its highly regarded Commissioning Editors, Therese Keating, telling me that she’d very much enjoyed reading my novel (which then had a working title of The Godson) and that she was interested in publishing it.

But there was a snag. In order to sign me up, Bookouture needed a second novel; a follow up thriller to secure a two-book deal. Cut to me having a meltdown for several days while I watched my big break disappear round the U-Bend.

Somewhere hidden in the bowels of my laptop was a started novel. Something sinister, twisty – a manuscript I had parked, unsure whether I wanted to go to such a dark place in my soul. I pitched the idea to Bookouture. It had potential. ‘Potential’s good,’ I thought, wondering how on earth I could write a book in half the time my three other novels had taken to complete.

So, without further chapter and verse, a way forward with Book Two was agreed – with huge amounts of creative input from Therese, and for which I’m very grateful.

Today the secret is out. I’m hugely thankful to Bookouture for signing me as an author and can’t wait to share the first thriller with readers in the autumn.

If you’ve read this to the end, thank you for indulging my good news and taking a break from the utter misery elsewhere. Yes, I do feel guilty, sharing a moment of optimism, but throughout this terrifying time, babies will be born, people will fall in love, celebrate anniversaries and birthdays and achieve personal bests. Because even during a state of international emergency, life goes on.

Be safe, be well, and keep turning to books, music and film to escape. 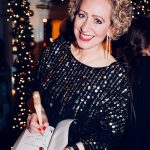 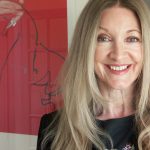