The Sudden Departure of the Frasers by Louise Candlish 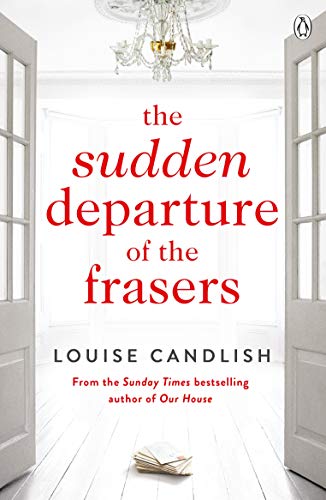 My name is Amber Fraser. I’ve just moved in at Number 40, Lime Park Road. You’ll think of me as a loving wife, a thoughtful neighbour and a trusted friend.  But this is a lie.

When Christy and Joe Davenport are handed the keys to Number 40 on picture-perfect Lime Park Road, it should be a dream come true.

But it’s strange that the house was on the market for such a low price.

And that the previous owners, the Frasers, had renovated the entire property yet moved out within a year.

And that none of the neighbours will talk to Christy.

As her curiosity begins to give way to obsession, Christy finds herself drawn deeper into the mystery of the house’s previous occupants – and the dark and shocking secret that tore the street apart . . .

Another begged for gift (thank you, Josh), The Sudden Departure of the Frasers is a character-led suburban drama by the author of Our House and Those People, and I loved it. Two women, two timelines: the link? The same chichi address in a desirable London street.
When Christie and Joe buy their dream house at a considerably reduced price, they have no clue as to the scandal and intrigue they’re inheriting from the previous owners, Amber and Jeremy.

Shunned by the neighbours and newly redundant from work, Christie is soon digging into the secrets and lies played out at number 40, Lime Park Road – only to become obsessed with her predecessor, Amber Fraser, and the reason for her disappearance.

As usual, I was captivated by Louise Candlish’s writing style, observations, and tone of voice, so although the journey through this book is long, it is equally picturesque. Overall, this is a rich and rewarding read. 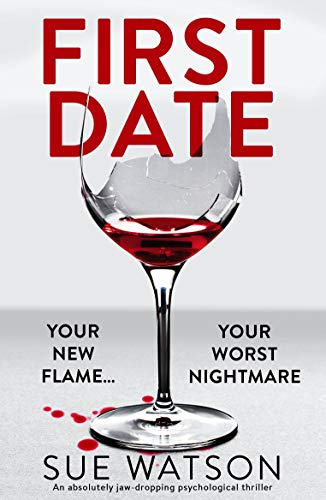 Hannah has done everything to make sure her life is safe and secure. A long way from her unstable childhood growing up in foster care, she’s content with her sweet, little, messy apartment and her satisfying job as a social worker. She quietly worries that, aged 36, she might never fall in love. But otherwise her life is where she wants it to be.

Until, encouraged by her best friend to join a dating app, she meets Alex. He’s irresistibly handsome. He loves the same music as her. The same food as well. They both dream of travelling the world but agree they’d be equally happy escaping to a cottage by the beach in Devon. Both of them would love to own a Labrador one day. It’s like he’s made for her. It’s like he’s too good to be true.

Hannah’s friends aren’t so sure about him. But Hannah thinks he’s perfect.

Which is good. Because Alex knows she’s perfect for him too. In fact, she’s exactly the girl he’s been looking for…

This is my second date with Sue Watson and possibly the start of a long relationship. The story centres on social worker, Hannah, and her foray into online dating. Set in Worcester, she meets Alex; dream boyfriend material; handsome, solvent, stylish and attentive – in fact a total stud-muffin. Or is he?
Soon another side to Alex emerges – less flawless to say the least! Will Hannah listen to her friends at work and put the brakes on their speeding truck of a relationship? Or is she too loved up and under his spell to recognise the truth?
First Date is a yomp through dating hell with a cracking ending and some great, relatable characters. Recommended.

@journal_romance: Here at #TheRomanceJournal, we are proud supporters of the LGBTQ community & as it’s Pride Month it’s a great time to share some amazing #LGBTQRomances with you all. Go on, take a look #LoveIsLove!! https://t.co/8bgCmRIruk https://t.co/kcVSepdATT

@urbaneless: I've written a short article on book covers for the wonderful @TripFiction . Take a look and let me know what you think - and don't forget to subscribe to their wonderful newsletter!! https://t.co/4ae5aQIwob https://t.co/FLFKxJr4kG 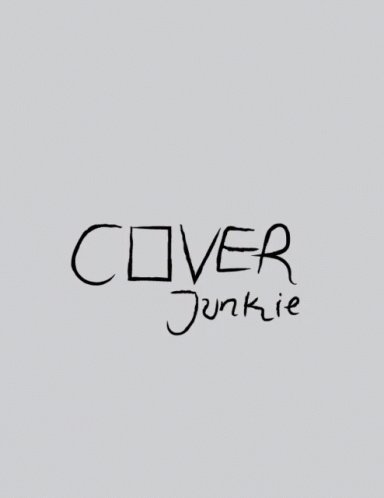 My dark, twisty domestic thriller is only 99p at the mo - #KindlePromo limited time only. https://t.co/tgvuAz80Mn
h J R
Signing-off for 2020 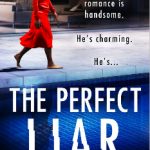 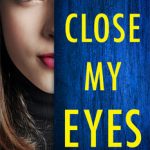 Introducing my fourth novel : Close My Eyes
Scroll to top